This year, I finally decided to end my 17 year streak of not making it to Six Flags New England’s Fright Fest.  I showed up to Six Flags New England a little after 3 PM that day (thanks Big E traffic…) and was shocked as we pulled into the parking lot. I had never seen the parking lot so full in the decades I had been visiting.  They had us parking in lot 3 which I didn’t even know existed! The ticket, security, and entrance process was very similar to any day at the park. Thorough and long, but understandable given the amount of people coming in and out of this place. Once entering the park, you immediately see the Halloween decorations and the first scare zone (outdoor area with a theme, decorations, and scare actors) dubbed “Slaughter Hollow”. The scare zones are void of actors until 6 PM (more on that later), but the props were out. Warning to parents with little kids, the props and decorations are a mix of scary and gory and there’s really no avoiding them. I believe they’re out and visible all day.

Upon entering, there are three makeshift kiosks where you can secure your haunt passes. There are options for repeat visitors to pick up a haunt pass that will last the whole season as well as VIP passes that allow you to enter a much shorter VIP queue.  We opted for VIP passes given that the crowds were already massive. The process of getting the tickets was slow so I’d recommend getting there early just to get haunt passes well before the haunts start. Also, here’s a little pro tip. One of the houses, Midnight Mansion, opens at 4 PM. In order to make sure you get in all five haunts by closing (10 PM), I’d hit that house ASAP.

So, how was the event overall? I was actually pleasantly surprised by the quality. We first headed over to Midnight Mansion. Though it was daylight, this house is indoors so the daylight didn’t really take away from the experience. Midnight Mansion is located in the show building of the show/ride “Houdini’s Great Escape”.  You enter through the exit and into the main room of the ride where you get a run down of the story and rules. The theming in the first few rooms is amazing due to the fact that they use the ride and queue of Houdini’s Great Escape incredibly well. The actors gave a variety of solid performances and the scares ranged from distractions to startles and a good amount of loud noises. I came out pleasantly surprised!

We then grabbed a bite to eat and headed to the show stage to see the opening ceremony “The Awakening” at 6 PM. It started off as a fairly well done creepy dance number but then, “Mayor Slayer” started saying a bunch of mumbo jumbo about calling forth monsters or something. Well, as he said that, I heard screaming all around me and realized that over 20 actors had started rushing into the crowd and scaring to great effect! That was a truly awesome little touch.  After the show ended, we headed down the path to where the remainder of the haunts were located. For anyone familiar with SFNE, there’s a private picnic area that is closed to the public and hidden in the woods. That also happens to be where they host the four remaining haunts, two that are indoors and two that are trails through the woods. The two trails are not open until the sun sets so we headed into “Nightmares” which is new this year. At this point, I looked at the massive line and was thankful for the VIP passes. “Nightmares was  another solid haunt all around. While I was disappointed by the plain black walls (i.e. little theming), they tried to make up for it with cool props and effects ranging from projections to a massive snake animatronic which was the highlight of the night for me.Coming out of “Nightmares”, we jumped into the queue for “Slasher Circus 3D” which, you guessed it, is a 3D clown house. 3D clown houses are typically my least favorite haunt theme. While SFNE didn’t do anything to elevate the tired “crazy circus” theme for me, the energy of the actors made it an enjoyable experience.  Once we finisSlasher Circus and dropped off our glasses, the sun had fully set so we headed to “Terror Tales in the Wicked Woods”. Terror Tales takes classic fairy tales and gives them a horror twist. Overall, it boasted some cool sets especially for an outdoor path, but there were too many empty spaces that could have used a scare actor or two. A rather unfortunate circumstance that carried over to the final haunt “The Aftermath: Zombie’s Revenge”.  Aftermath also suffered from marginal theming, but had a few cool effects that saved it from being a dud.

Once we finished the haunts, we walked through the scare zones and hopped in line to repeat a few haunts. The scare zones were all good, but Undead Alley stood out as the best. The actors were crushing it in that area every time we passed through with non stop scares.

So, would I recommend Fright Fest? That all depends. First, if you are thinking it’s a kid friendly event, I’d strongly caution that this event is scary and they don’t shy away from scaring anyone and everyone. They even have signs stating this and yet I feel as if I saw a crying kid (and one teen who had to exit through an emergency exit!) every five minutes.  That said, I do think it’s a great introduction to haunts for those teen/pre-teen age kids that don’t scare too easy. I took my 10 year old son who absolutely loved it (his first haunt too!), but I did see a few kids his age that couldn’t handle it. The other reason Fright Fest is a tough recommendation is because of the price. Without discounts, season passes, etc. admission can cost you upwards of $100. If you want to do a day at the park followed by haunts at night, it’s not a bad price for 10+ hours of entertainment.  If you happen to have season passes, the haunts, while short, are worth the $30.

BIO:“Mike has been touring haunts since the early 2000s visiting haunts from coast to coast though he calls Massachusetts his home.  He’s spent four seasons as an actor and even decided to start his own haunt, Massacre Fields, years ago. He spends his non existent free time getting ramped up for haunt season.” 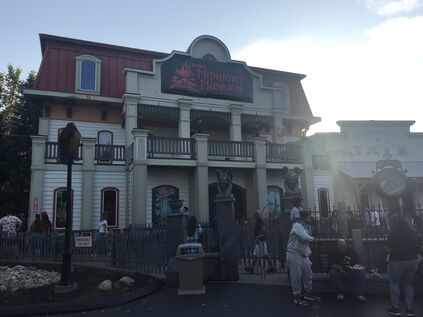 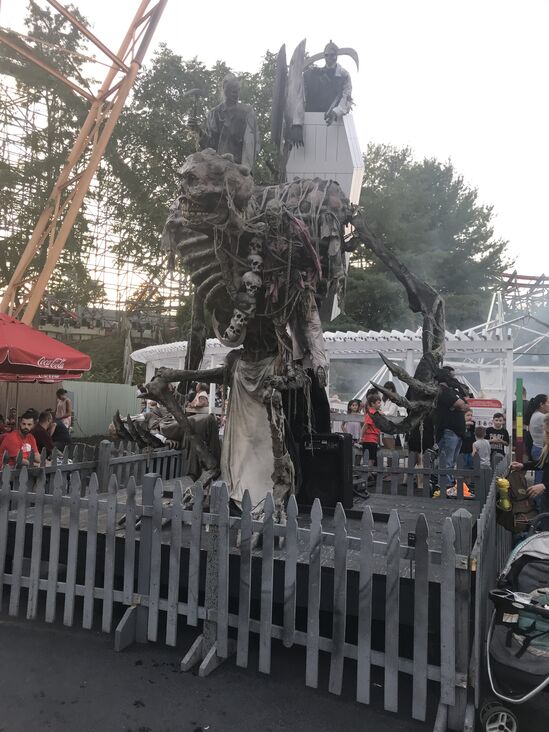 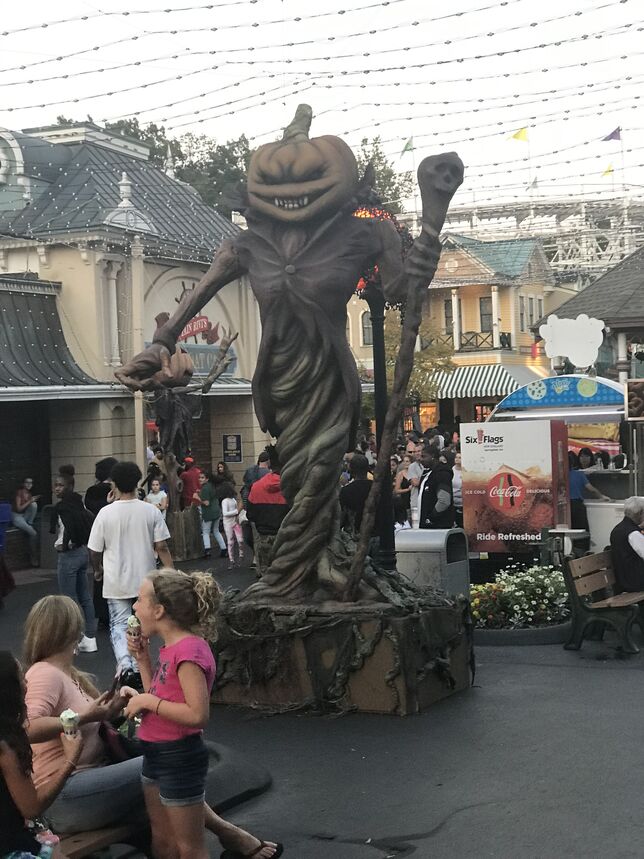 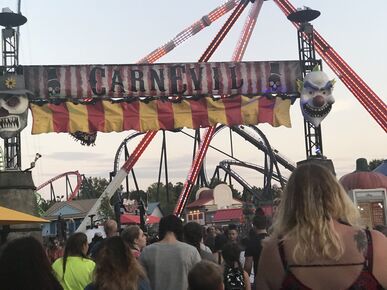 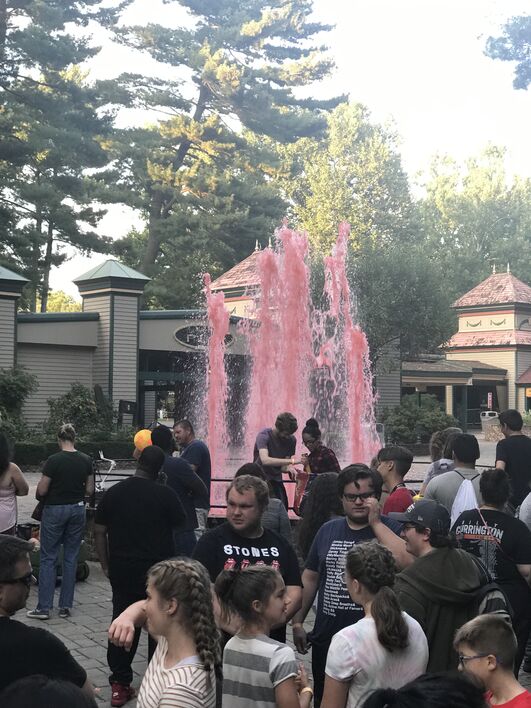 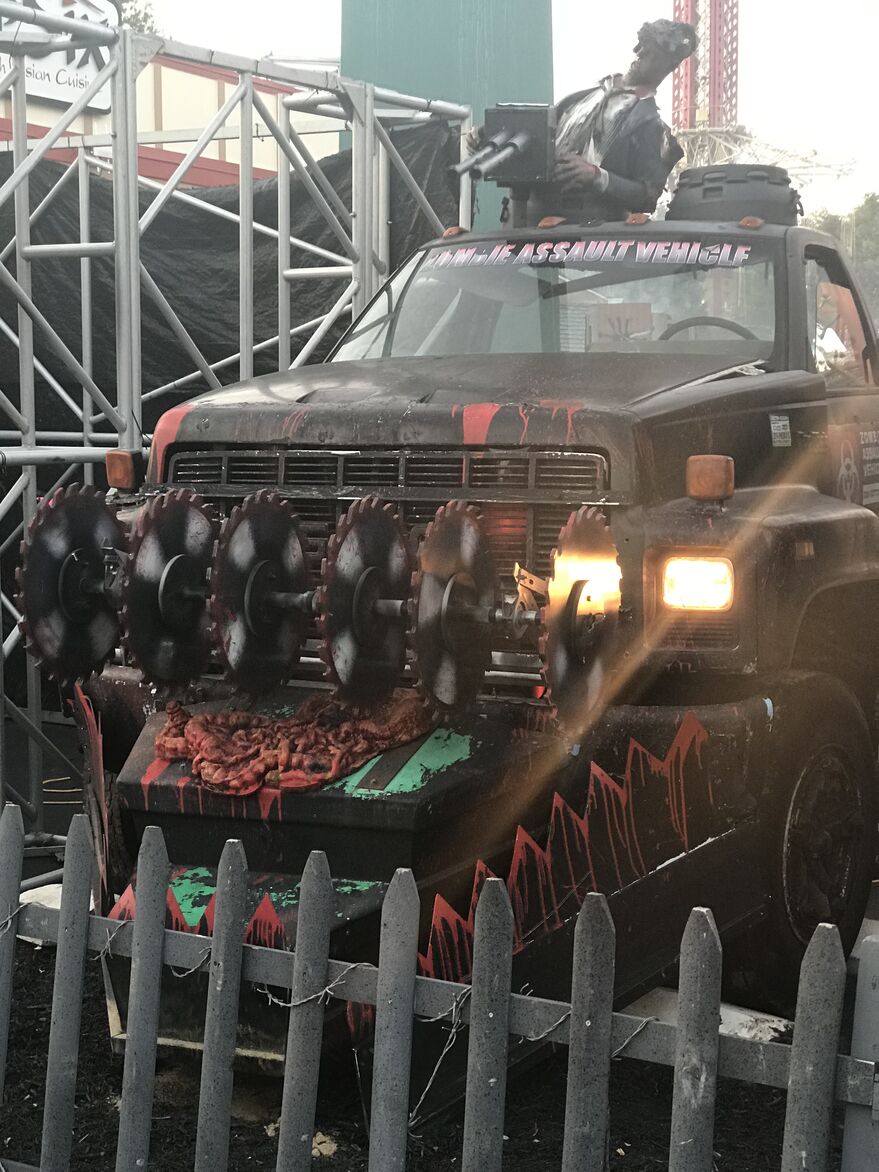